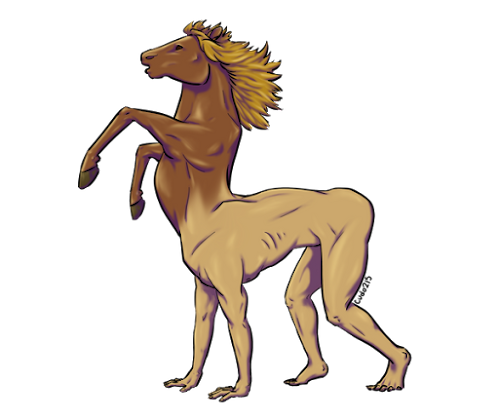 Never name your horses! This was a loud and clear lesson my regular Thursday group learned in our alternate campaign. Like something out of Monte Python, we named our horses, and they were killed. So we got more, and named those, and they got killed. We eventually got a third batch, but learned our lesson and didn't name them...and they were the most long-lived horses of the campaign.

One of the undersung heroes of RPGs is the trusty mount. Carrying not only your character, but most of your junk and doing so at a better speed than you could manage. They move the game along, but they are also the catalyst that lets you hear "Thank Goodness! You got here just in time" instead of "Sorry, Mario, but the princess was taken to another castle two days ago."

Today's essay is dedicated to all the horses and non-horses that have graced my campaign over the years.

Horses are a luxury at low levels. They are expensive given that you only have a few gold left after equipping your new character. Most campaigns start off with things that are within walking distance, or characters make the request to their employers "Can we please borrow some horses?"

People tease about the level zone concepts of MMORPGs but if you think about it, until you get a horse in an RPG, you really need to stay near the big town so you can meet people, get and complete quests, gain wealth and advance. It's when the characters get a horse that they gain the ability to head to the Forgotten Ruins, foreign city or even foreign country. While people may be the same (Challenge Rating) all over, the sunken castle, lost temple or mountain cave likely have higher level encounters than the tavern basement with a rat problem--and you can't get to those by walking.

D&D generally has three types of horses, decided by three factors: How fast are they, how much can they carry, and can they be used in combat. The heavy warhorse is the ultimate riding beast because it is strong, fast and will do the rider's bidding in combat. However, they also cost a year's wages, and since mounted combat normally doesn't occur in any regular game, you can usually get by with their much cheaper equivalent.

The only real problem with horses is what you do with them when you get to your destination. If you are in a town, that's great. You just toss the reins to the nearby stable hand, along with a few copper, and expect your horse will be there in the morning. When you go to a mountain, you have to leave your horse at the bottom of it, lest they fall and die trying to climb too steep or narrow a passage. And of course, if you get to a dungeon-style cave, you have to leave them outside where they are inevitably eaten by wandering monsters. Okay...on reflection, there IS a reason for having a warhorse after all.

Iconic to D&D is the always-present Paladin's Warhorse. This noble steed is a Heavy Warhorse but they are magically presented to the paladin when he reaches a certain age. The version of D&D defines the actual mechanic for this presentation. In the most recent version of D&D (5e) they are summoned creatures who don't go away--including that the same creature returns intact, if re-summoned after they are killed. This addresses all the problems above by making the horse a summoned creature.

One really funny twist on this, though, is that Paladins now have to cast a spell to get their Warhorse, which means that other classes can potentially learn the spell, too. So while the Noble Paladin sits astride Aramis, his most glorious steed, the bard can sit on a functionally identical horse, and try to seduce the rhubarb patch he just found.

Once players get some money saved, or they remember that they are a "pet" class, they start looking for different mounts other than horses. These are traditionally either animals that will make a statement, or animals that let them travel in environments beyond grassland. For land use, popular creatures include the giant lizard, war goat, and in my first campaign--a giant wolverine.

Beyond land are creatures that can walk over water, or better yet, fly. Everybody wants a flying horse, of course, but any natural or celestial creature who can get them over land, water and/or around land obstacles is a great choice.

Magical mounts are great if you can get them, because they are flexible, durable and don't require any upkeep. In our previous alternate campaign, we were high enough level that we could summon phantom steeds--and over time, we became good enough to have those steeds ride over water, and then air. We had much less trouble getting from point A to point B, then, because our phantom steeds would lift us high into the air, and rush us at something like 60mph towards our destination.

The downside of this was that the party didn't have enough casters to make a phantom steed for everybody. So we had to get by with the discount store variety: created by Shadow Conjuration. These illusionary castings were the 20% real cousins of actual phantom steeds--unless you believed in them, in which case they were fully real. So we'd create enough steeds to cover the party. As the illusion caster, I had to take a real steed. Everybody else got to play Equestrian Roulette, and for 8 hours a day, tell themselves that they had the one remaining real horse, while we lift high into the air and rush at something like 60mph towards our destination. It made everybody warm and fuzzy knowing that that the only thing preventing their instant death was "because Tal said so, and we believe Tal.")

Mounts are a key aspect of any RPG, from an efficiency, status and style perspective But they also have another meaning in my campaign: Sometimes game sessions don't get started as quickly as the players would like. Sometimes, there is so much in-town work, that an entire evening can go by without actually getting started on the day's quest. Thus the expression "I'm getting on my horse" became an idiom for "Let's get started on the actual quest."

Whether it's heading to a nearby town, fording in a swampy wasteland, aiming for the top of the unscalable plateau, or simply getting the game moving, it's a great benefit to both players and the game if the players can ride.

The picture today, comes from cudo215 on Deviant Art. She has a surprising variety of styles, my favorites being her "sketchbook" black and whites, and some landscape works done in a broad-brush style. However, what drew me to her initially was her "Reverse Centaur" picture. Centaurs are literally the ultimate creature to represent "Ride" as they integrate horse and man, blending the strength, stamina, cunning and dexterity of the two creatures into a fearsome combination.

Centaurs also freak out my younger daughter, because they seem to have two rib cages, two stomachs, two hearts and who knows what else going on with the internal plumbing. And to her, the only thing more horrific than a centaur, is a reverse centaur. Cudo215 had the best picture of this that I've seen and it just called to me. And in my daughter's honor, I am including a second picture here, also by cudo215, which I believe is completely unique, well-done, brilliant...and even worse. 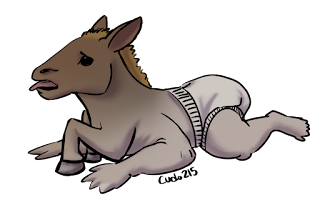