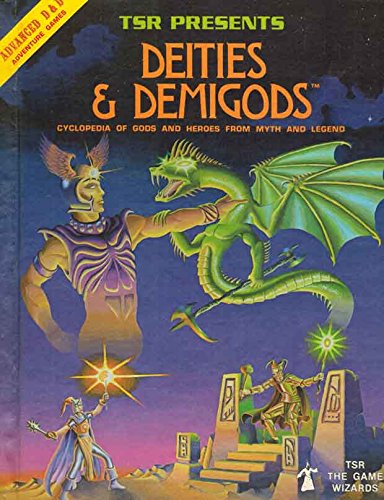 Today's word is rare, and I'm going to share some of the "rare" things that seem to come up in RPGs all the time.

I've spoke about how dice need to be trained, shamed or otherwise influenced to roll well. However, most gamers have had roll events that defy all laws of probability. Carolanne was playing The Strange with me, and she conservatively had six rolls during the game. Let's assume that includes rerolls. She did not roll above a 4 the entire time. Odds of that? One in 15,625. If it was more like 10 rolls including rerolls: More like 1 in 9.8 million.

One of my friends playing Paranoia accidentally set of a nuke. The GM ruiled he could survive the point blank explosion if he rolled 3 20's in a row to use his healing power. 1 in 8000 later, and he was happily wandering away from the carnage.

On the other hand, I rolled to hit a bad guy in a White Wolf. Due to dice-explosion which occurs on 10's, I got 14 successes on 10 dice, where I believe a success was 8 or higher. Again, roughly 1 in 9.8 million. Obviously, both of these are legendary stories, but everybody has character's who rolled 18/00 strength (1 in 21600).

Sure, these are all legendary, but when it comes down to it, everybody seems to have rare luck streaks (good or bad)--not just uncommon ones, but truly rare ones--1 in 5000 or more.) And sometimes, they are so mundane that they sometimes don't get noticed until after the fact. ("I need to go get new dice RIGHT NOW.")

An example of this, too: I have a Diablo-like RPG called Treasure Hunter. When you open a chest, you get a certain number of rolls off of a series of treasure charts. By the end of the first level, I had three items that required a sequence of 4-5 very specific rolls...odds around 1:1200 each. I thought it was amusing, then a fun coincidence. It didn't occur to me how unlikely it was until I got my third one.

Lord of the Rings is premised on a most unlikely sequence of events (Bilbo gets lost, wanders in the dark, finds The One Ring by accident and then through a one-in-a-million sequence of events, the ring is destroyed. Could this be providence? Fate? Narrative escapism? Sure...it could be any or all of those, but almost every RPG scenario since inevitably has similar unlikely events that make them possible.

Here are some examples, and this is a no-salt zone. I'm only using things that I've done myself. If anybody sees themselves in these stories, it's totally on them.

The random non-magic item found at low level? It's actually a long-lost artifact with amazing powers that seems to get better and more powerful as they owner unlocks its power. It's probably intelligent. It has a noble or ignoble goal. The carrier must fulfil the mission, deter the weapon's goals, destroy the item, etc.

That random character with no backstory? He's actually a lost heir, future king or the destined one. Especially in 1:1 campaigns, there are just too many Chosen Ones carrying that illustrious title of the One Chosen in Each Generation. There's only one king...how can he have so many heirs? And why does this particular magic item glow in the hand of the PC.

The old woman behind the bar? She's actually a 17th level warrior who retired and runs a bar for run. And the random person you meet at that bar in the random city? It's the absolutely best person to ask about your obscure and secret mission to find the Lost McGuffin of Destiny.

I have to give a call-out to rare items in a couple of non-RPGs. Loot systems normally have some variation of common, uncommon, rare, very-rare and occasional legendary items. (by whatever names.) As you start leveling up, You take what you can get, and are happy to find rare items that really up your character. However, as you hit higher levels, up the difficulty of the game or simply get enough loot that rares are all you look at. And finally, there is a point when even rare loot becomes something that goes to the vendor, unconsidered.

In Diablo, once you hit 70th level, you don't even consider the yellow "rare" items. Depending on how many crafting materials you have, you may not even pick them up. In Borderlands, it's the same thing, once you get populated with all orange items, you barely consider purple items, and certainly not the other colors. (You DO pick them up, because you want the gold they will sell for.)

In all the examples above, the word "rare" is used, to express how unlikely it is that the event will occur or the item will come into your possession. Because the character is the protagonist or one of the protagonists of the story the story world really does focus on them (much like Zaphod Beeblebrox in the Total Perspective Vortex--it really is all about him.) But what I've learned along the way is that it's better if I can avoid making such outlandish coincidences a staple of the stories, and instead make them more Rare.

Today's art is the cover for the 1st Edition D&D Deities and Demigods. When the book came out, it wasn't hard to come by, and it wasn't particularly expensive...the same as other half-width hardcover game books. And it was popular, because it introduced the readers to many gods and whole mythologies that they likely knew nothing about.

However, the original publication of the book also contained two sections: the myths of Melniboné (including Elric, Stormbringer, the Elementals and the gods of Law and Chaos), and the gods of Lankhmar (including Fafhrd and Gray Mouser and their gods.) Both of these were apparently unlicensed, because TSR was forced to republish the book without those two sections. Now, years later, a version of that book that has those key sections is truly rare and is treasured for the memories of reading it so many years ago.