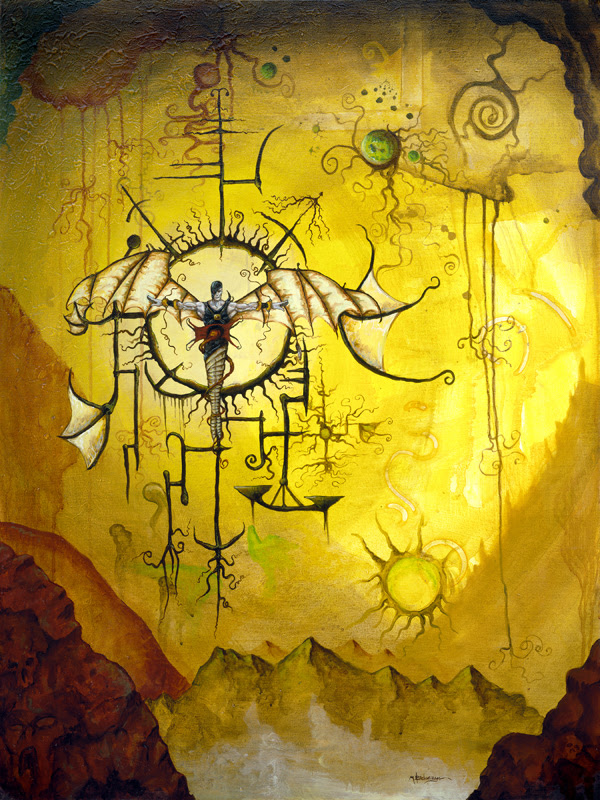 A few years ago, I started reading the Merry Gentry series, by Laurel K. Hamilton. I really enjoyed aspects of it, and especially appreciated was that the characters were all part of the Unseelie Court of Faerie, and that the main character was an Unseelie Sidhe. I liked this because it was the first time I'd even heard of the Unseelie portrayed not as evil, per se, but dark. While there was certainly a lot of maneuvering and backstabbing, the book gave the impression that if you were there, you knew where you stood--and that there was just as much nobility and virtue there as in the Seelie Court.
The Seelie Court on the other hand, was portrayed as arrogant self-important jerks who had light and beauty on their side, but were just as flawed as the Unseelie Court, and in ways that made my skin crawl. They were the "Beautiful People" clique in school, the better-than-thou religious type and/or the Old Money types.
This new way of looking at the Seelie Court radically altered how the White House, in the Trinity divine structure was actually noble and virtuous, but not necessarily good.
The White House of Mt. Caliphas
Hamur of Justice - Certainly Justice is much better than Vengeance, and the desire for it is an aspirational virtue. Our entire legal system is supposedly set up to support Justice. However, Justice can also be a cold and unfeeling force, which metes out punishment in proportion to the crime. It doesn't necessarily consider mitigating circumstances, the opportunity to forgive or the opportunity for redemption. And when the law seeks punishment to be a deterrent, the punishment often far outweighs the crime.
Mitras of Light - Light, enlightenment and truth are all virtues, and in Trinity they all come together in the form of Mitras.  But from some role playing of the god, and from his worshipers, we figured out that Mitras has no sense of humor, and like Hamur is very focused on his virtues, not on how they affect others. Priests of Mitras tend to kill parties, as they call people out on the white lies or exaggerations that enhance stories. They also tell the absolute truth, even if it hurts the person they are telling to no benefit.
Kalas of Sun - The Sun is the source of life, and warmth and growth. But it is also harsh and unforgiving. It burns the ones who experience too much of it, and to a man dying of thirst shows no mercy.
Tarn of Mind - Tarn is all about learning, knowledge, archiving of lore, and finding greater meaning in text. Again, all these things are good. But Tarn is not necessarily about wisdom (that's Kalima of the Red House) so the learning, knowledge and greater meaning do not necessarily come with the understanding of how to use those things. He is also the god of uncovering things that should have been left hidden.
Kamar the Builder - Building is about improvement, creation and structure. The creation of great cities, roads, dams, fleets and even self-improvement generally align to Kamar. And again, these things are viewed as virtues. But those aligned to Kamar assume that any growth, building or creation is an improvement. They often do not view simplicity or the current state as good enough...there is always room for improvement. They often do not show sentimentality, or see the inherent virtue of how things were created previously, who created them, or how they may have value to others.
There are three others: Karn of Order, Skaal the Stormlord and Brodun of Summer, but I'm not going to get into detail about each of those. The fact is, like their peers, these gods represent personal strengths that people strive for; and those who align to the White House would be called virtuous. But they wouldn't necessarily be called good. Some worshipers see themselves as superior, or that what they pursue is more important than any injury or difficulty their pursuit (or accomplishment) may cause.
Light is a beautiful thing; it can give hope, and warmth and comfort. But that single candle in the darkness of night can also burn down a village if somebody puts it in the wrong place.
Art Callout
The art I used today is by Michael Bielzczyc also of Studio Aradani. Michael is also one of my favorite artists, but I chose today's work, "Prometheus Unbound" because it is such a wonderful representation of the person who brought light, warmth and safety to the people of the world, by giving them the gift of fire. Of course, the gods punished him for his efforts with eternal torture. This ties to my essay, not because Prometheus gave humans something bad, but because the gods who had it felt their superiority meant that only they should have it---and they punished the one who gave it to others. And also, that he was freed by one who was of both worlds--both god and human.
2020 RPG RPGaDay RPGaDay2020