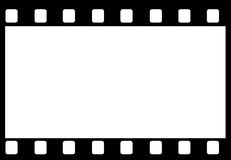 In well-done movies, a director is trying to turn each frame of the film into a work of art. This means that they want the film to be picture-perfect, with ideal composition, making the actors look good, bringing out the best of the environment, and ultimately putting the eye of the audience exactly where they them. And if the movie is frozen, they want the frame the movie stops on to look like a professional still.

TV tries to do the same thing, but instead of shooting 3 minutes of film a day, a TV show is shooting more like 10 or 15, and the budgets just aren't as high. So compromises have to be made, as the director balances between ideal composition and getting an episode out every week.

But here is what I'm looking for when I run a game, and obviously because everything is done in "one take" and often without a chance to prep, I'm more successful on some occasions than others.

Every scene, whether planned ahead by me or created by the players, needs to have something specific that will be accomplished: A clue, a combat, a person, a favor, a theme or even just a distraction. Anything that happens during that scene should be dedicated to whatever the key point is, and should be the right length to accomplish (or fail) at that point. Other details may come in, but there needs to be something that is planned for and accomplished (even if the players fail.)

Sometimes, a scene is critical to the narrative, with essential plot points being revealed, major obstacles being overcome and/or major personalities being introduced. These scenes are what you really plan for, and want them to go as well as possible. But sometimes, the party is just talking to an NPC, or maybe they are just ignoring your plot altogether, and they are trying to seduce the river or see who can drink/seduce/perform or otherwise do something not related to the plot. It's easy when it's a big planned scene, but regardless, I always try to make the scene fun: Small twists, new people or minor story details that make the scene memorable, even if it's just one encounter of a dozen in on day out of dozens.

Have the Right Level of Detail

This is actually two things. First, it's about composition. Presenting each scene so that it pleasing to the imagination means describing the scene at a right level of detail. Putting in elements that make the environment distinctive, but not so much that the players lose track of what's going on. Give player brains a few things to look at, and maybe use as part of the situation.

The other aspect of this is the "feather principle" I've mentioned before. Players are perpetually looking for that clue that you are dropping, even when there isn't one. Be careful of what you say, because if you describe something that stands out too much, it's possible that players will focus on that detail instead of whatever else you had planned. In effect, it draws their eyes away from their opportunities to something else--which makes delivering the first two points harder.

For those who don't know it, I once described a town as dirty, with a dusty wind blowing through it, dragging along a single white feather. The players wanted to know why that feather was still clean, and where did it come from. They spent the better part of the night trying to figure it out. Thereafter, we began to call that phenomenon the "feather principle.")

The characters are the stars of the story, not the story itself, not your world, not your NPC's and certainly not you. It's easy to get caught up in your own brilliance as a storyteller or world building, but ultimately, the players are there to experience those things as their characters, who they are hopefully invested in. Therefore, whether the characters do something minor or dramatic, succeed or fail, bring their A-game or are teased mercilessly--they need to be the focus. And if you stop the action, the scene should be about what the players are doing.

I once did a very experimental adventure, where the characters went back in time, and were part of a major military event. Military scenarios are REALLY hard to manage because they are hundreds or thousands of people and the characters can only do so much. But they ended up with assignments that were critical to the success of the battle. Take this one site, destroy the thing that the enemy is building, capture this one person--and by doing so, a major enemy advantage was eliminated. So the whole battle was going on, but the character's accomplishments turned the tide, and made success possible--making them necessary, but not sufficient.

Ultimately, when you play an RPG, you are creating art. A collaborative story between the players and the GM, where the characters are the star in a story and environment created for them. It's not a movie or a book and the standards aren't as high, and there's a lot more improv that goes on at the table than would ever exist other forms of long-story creation. But no matter how wild, or chaotic or unscripted things get, that environment should always be as well created as possible, and the characters should always be looking good, in frame.