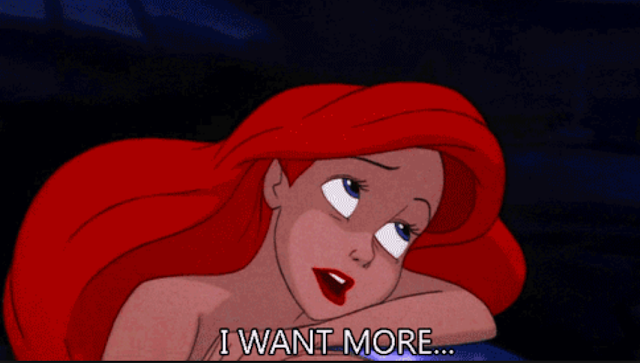 I played Magic: The Gathering for a few years, but stopped because it's a very expensive hobby. I didn't care if I won, or had the best decks, but I always liked collecting the cards. I have a few other, much cheaper, games where I focused on collecting the cards more than actually playing the games. The art, the mechanics the concept decks I'd picture as I went through them. It was fun--but expensive.

So how does this tie to Role Playing Games? In two ways. I will talk about my two weaknesses in RPG purchases that have to do more with collecting than playing: Kickstarter and Electronic Books.

Kickstarters are a great idea--help indie creators get their ideas out there, and people fund the creation efforts they like, in exchange for the promised delivery of the product. In some cases, this is new creators with either pet projects or truly innovative business ideas. In other cases, there are companies who consider new product lines--and the amount of Kickstarter funding they get determines how much the company invests in that product line.

With Kickstarter campaigns, it's fun to get in early. It's fun to support the creators you really like. It's fun to get "free" stuff, a year or so after you funded the campaign, since you already paid for it. But...it's also an easy to spend WAY more on games than you otherwise might. One might look at $70 for the hard cover volume of the new hot game which they may never play? They say "That's quite a lot...I think I'll pass until I'm more ready to play." But tell them it's only $225 for not only that book, but all four books the company will be coming out with in the next year--and it's a steal.

There is one company in particular, Monte Cook Games, which has such creative and usable material that I buy literally everything from them in physical form. They may only have four content creators, but they are managing to write books faster than I'm able to read them, and certainly faster than I'd ever be able to create games from them. Two and a half bookshelves of stuff--and I'm struggling to keep up. But I WANT them--because they are so good, and so much quality and love in one place deserves a place on my shelves.

My other obsession, of late, is the "campaign board games.," These are a blend of Role Playing Games and Board Games--there's no GM, but the game tells a story about specific characters who grow over a set of 15-30 chapters--each chapter is 1-4 hours. So you're talking about 100 hours of gameplay just to go through it once. I saw the concept at GenCon with a game called Apocrypha, which I really enjoyed, and finally got at a fire sale price.

But then I found other games demoing at GenCon, and ended up supporting four other games from different companies and with wildly different themes. I'm excited about each purchase, but really have to wonder when I'm going to find 500 hours of board game time, just for the first playthroughs of these games. And unlike RPG source books, you don't get to experience these games you've purchased unless you actually play them--since so much of the content is buried in the story text, events and encounters of the different chapters.

My other RPG weakness is electronic source books. Wizards of the Coast has never really supported electronic books--they finally started, but did so at the full cost of the physical book, so I didn't really have any interest in re-buying everything for full price. But then came Kickstarters...and my favorite companies provided the the electronic book for free, with the purchase of the physical book. And they offered electronic-only Kickstarter reward tiers. And then companies started offering electronic-only copies of their material at a substantial discount. And then the truly evil--companies started offering their long out-of-print material in full sets, in electronic format.

So every book I've bought from Monte Cook Games, I now have an electronic equivalent. If I'm somewhere and feel like pulling out a source book to read for fun...it's there on my tablet (or my online document repository) Bonus points because they aren't just page scans. They are fully created documents with cross references, linking and other features to make it a quality electronic experience.

I purchased the Seventh Sea: Second Edition kickstarter--one of the most popular kickstarters of all time, because they had a "get literally everything for $50" tier. That's the price of one physical book...if I read and enjoy the first book, I've gotten my value, and another 10 or so books are just there for me to read when I feel like it.

A few companies offer electronic books as part of charity bundles. Through this, I got old version of Paranoia, the entirety of the LBB (Little Black Book) Traveller Set, and frankly a number of other one-off games that I'd always been interested in learning about, but never wanted to invest in. But $20 for that book and several others? Sign me up!

One game I haven't purchased yet, but am interested in is Shadows of Esteren. It's low magic horror, from a foreign publisher, and there is almost no chance I'll ever get to run it...much less play it, but it won an award for it's frankly fantastic art. And the whole set is available in electronic form for a substantial discount. So far, I've let reason win that I have to read even 25% of what I've already got electronically before I have any business getting something completely new...but if I ever see it on sale from it's already good price, I'll undoubtedly pull the trigger on getting it...because I WANT it.